I have been watching the DNC like I watch all political theatre, with my laptop open, tweeting away. Everyone lost their collective junk when Michelle Obama came to speak, and for good reason.

How amazing is she?

Her speech was beautiful and heart-felt and made me cry twice. But there was a weird thing happening on my twitter feed that just really bothered me. Over and over again people were all “Hillary wishes she could be like Michelle.” “Michelle is so much better than Hillary.” “Hillary would lose (insert whatever made up competition) to Michelle.”

Um. Y’all. Michelle was there to endorse Hillary. She literally said “I’m with her.”

And yet…people are still like OOH! FIRST LADY CAGE MATCH!!! And to be clear, this wasn’t super conservative women should stay in the home people. I don’t follow those people on Twitter. These are people who are claiming to be feminists.

Um. Y’all. The competition you have put these two ladies in? That isn’t real.

There is no competition. They both want the exact same thing. They both want the democratic nominee to be the next president. They have both been democrats their entire adult lives. Of course that is what they want. But people don’t want to talk about how they are on the same team fighting for the exact. same. thing. Oh no. They want to talk about how jealous Hillary must be of Michelle, how Michelle is secretly smug about her approval rating. They want to turn this into some kind of First Lady pageant where Miss Congeniality wins it all.

I don’t care what you think about Hillary, or Michelle. This is the junk we do to ladies all the time. I know because I have two incredibly talented and beautiful sister who also happen to be very smart. While our parents were amazing at letting us all be exactly who we were, but that didn’t mean that other people didn’t want to ask who was the “smart one” “the funny one” “the pretty one.” Y’all we are all smart and funny and talented and pretty. I mean, just look at us! 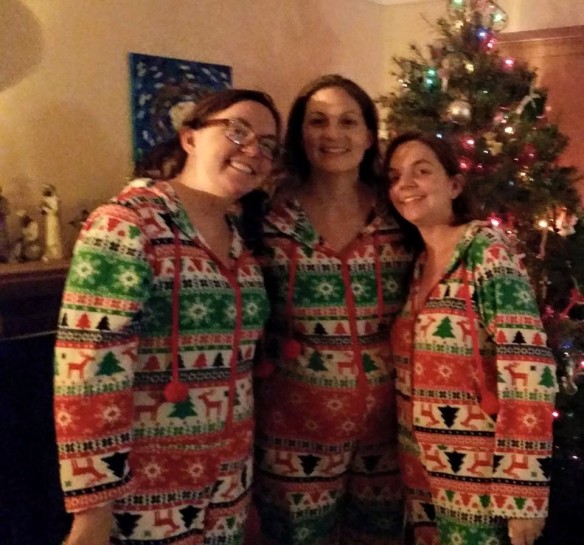 Look, Matt Damon and Ben Affleck don’t have to put up with this garbage. No one makes enemies out of two men who are clearly rooting for each other. They are with each other, and everyone knows it and that is totally fine with the world. No one ever is like, man, Matt so wished he had Ben’s jaw line. Or ooh I bet Ben totally knows everyone likes Matt better. That isn’t how it works for them because that isn’t how it works for men.

Yeah. It must be pretty awesome to never have to worry about there not being enough room for you. Because THAT is what this is really about. Pitting women against each other is really about saying, there is only room for one lady here, so y’all better figure out which one of you is going to make it, because there is only one seat at this table for the lady.

No. NO! I reject your preposterous position that there is only one seat for HALF THE POPULATION. That is crazy talk. No. There will no longer be just one seat for the ladies. LADY is not one kind of person. We can have Michelle, AND Hillary, AND Elizabeth Warren, AND Ivanka Trump. While I won’t vote for her dad, there is no denying she didn’t kill it at the Republican Convention. Girlfriend is good.

So PLEASE stop with the Hillary vs. Michelle, Sister vs. Sister, pit women against each other because they couldn’t possibly be for each other garbage you are pulling. It is an old and tired story, and it simply isn’t true. I will not raise my daughters in a world where there is only room for one of them, and I will not sit at a table if that means my sisters lose a seat. You can keep that table. There is room for all of us.

3 thoughts on “Michelle and Hillary are NOT Competing.”