Yesterday I wrote about finishing well. Today I want to counter that with quitting. 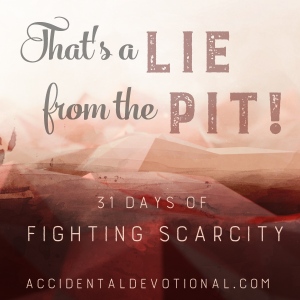 I know that you don’t want to be a quitter. I don’t want to be a quitter either. Ever. For any reason. You were raised to not be a quitter probably. Probably you were told that quitting is always the easy way out. I think that is sometimes true. I am grateful for many times, especially in my growing up years that I didn’t quit, that I did push through, that I showed up even when I didn’t feel like it and I pushed through even when it was really hard. Those are great skills to have.

Scarcity says: I am never, ever allowed to quit. I have to keep going KEEP GOING! Forever into eternity. Scarcity tells me that if I quit I will let everyone down. The work I did up to the quitting point will not matter at all. I will lose all credibility. No one will love me (Scarcity loves to tell us our worth is based on what we do and we will be unlovable. Unlovable isn’t even real you guys. It is such a lie from the pit. Jesus says you are lovable. Period)

Abundance says: You are more than your failures. Sometimes things just don’t work and that is okay to admit. Abundance says there might just be an even better way this could work out that is only available if you gracefully bow out. Abundance says sometimes quitting is the hard, right thing to do. Sometimes considering quitting is the only way to get to abundance (even if we don’t actually do it. I thought about quitting 31 days. But I decided that was scarcity and not abundance. It is hard to hear the difference sometimes. This month has really helped me.)

1 thought on “It is okay to be a quitter”