In an effort to lean into Advent, I took December off. I hope you have been enjoying my reflections from last year, and I hope you are having the best Christmas ever.

It came upon the midnight clear,
that glorious song of old,
from angels bending near the earth
to touch their harps of gold:
“Peace on the earth, good will to men,
from heaven’s all-gracious King.”
The world in solemn stillness lay,
to hear the angels sing.

When the angels came to the shepherds, it was only the few that stopped what they were doing and ran to the stable. Most people in Bethlehem went on about their business, completely oblivious to the heavenly hosts, completely ignorant of the message they brought, the baby in the manger that had come to love the world in a way no one had ever seen, before or since. The world did not in solemn stillness lay, it kept on keeping on clear skies or not people had stuff to do.

Being a Jesus lover, a bringer of the good news, feels a lot like singing into the chaos. The world tells me that people don’t change, that love is not enough to move someone to safety, that love is a band-aid over a bullet hole and that wound will never stop festering, will never heal. Even the love of Jesus, they tell me, even the sacrifice of God, it doesn’t matter. People don’t change.

Still through the cloven skies they come
with peaceful wings unfurled,
and still their heavenly music floats
o’er all the weary world;
above its sad and lowly plains,
they bend on hovering wing,
and ever o’er its Babel sounds
the blessed angels sing.

I’ve heard it said that to believe that someone cannot change is to short change the gift of the cross. Over and over I am learning that what Jesus came to earth to save me from is myself. The ways of this world are inherent to my being and I feel myself refusing to grasp the love of Christ that I am then asked to give away because it means letting go of the anger I hold so dear. It means grace where consequences are called for. It means trusting that forgiveness is better than giving what they deserve. There is so much for me to stop listening to, if I want to hear the angels sing.

And ye, beneath life’s crushing load,
whose forms are bending low,
who toil along the climbing way
with painful steps and slow,
look now! for glad and golden hours
come swiftly on the wing.
O rest beside the weary road,
and hear the angels sing! 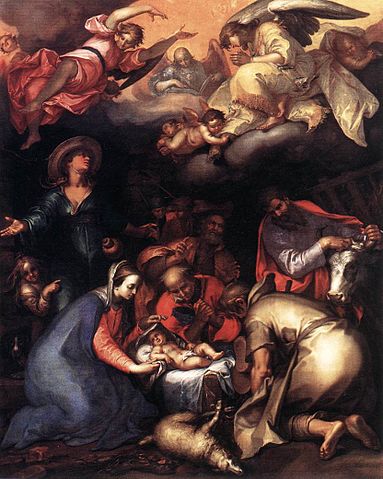 Weary is how I have been feeling lately. Weary of loving, because frankly it doesn’t make any sense. It feels like dumping effort into a bottomless well and crossing my fingers that the water will rise. The world, in all of its weariness has been whispering the fruitlessness of love in my ear and I have been believing it. If I don’t shout ENOUGH! than who will? Where is the line that says “you have loved enough, you are released?” I’ve been looking for it pretty hard. If it were there I probably would have found it.

My parents have chosen love for the past year, as they are housing, feeding, and otherwise parenting a teenage boy in the hopes that he will graduate and have a sliver of hope in this world. Topping the list of poor decisions this boy has made is throwing a party that ended with a hole in the wall of my mother’s dining room. My sisters and I see the hole and get angry, we point toward the door. My parents shrug their shoulders and shake their heads. This is what they were called to, to love this boy. I end up crying bitter tears in the bedroom of my youth. How, I ask God, can loving someone well sometimes leave you with nothing but a hole in the wall and the promise to do better? It doesn’t seem fair.

For lo! the days are hastening on,
by prophet seen of old,
when with the ever-circling years
shall come the time foretold
when peace shall over all the earth
its ancient splendors fling,
and the whole world send back the song
which now the angels sing. 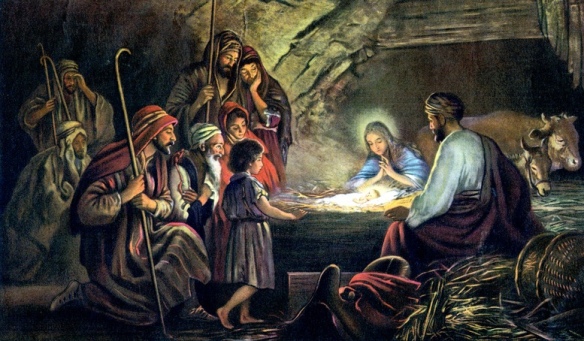 God is asking me to join the chorus of angels, the singing of love. He promises that this life is not the end. He tells me that everything that adds up to an empty promise and a hole in the wall is calculated very differently in terms of His Kingdom. He reminds me that love is always the right choice, even when it does not feel like it.

His angels in the field on the night with the shepherds (regardless of the weather) remind me that God makes good on his promises. Especially when those promises are love.